We spent some time making some improvements around the house.  First, we started off by painting the kitchen.  It was yellow. Then, there was quite a bit of open space above the trash can. 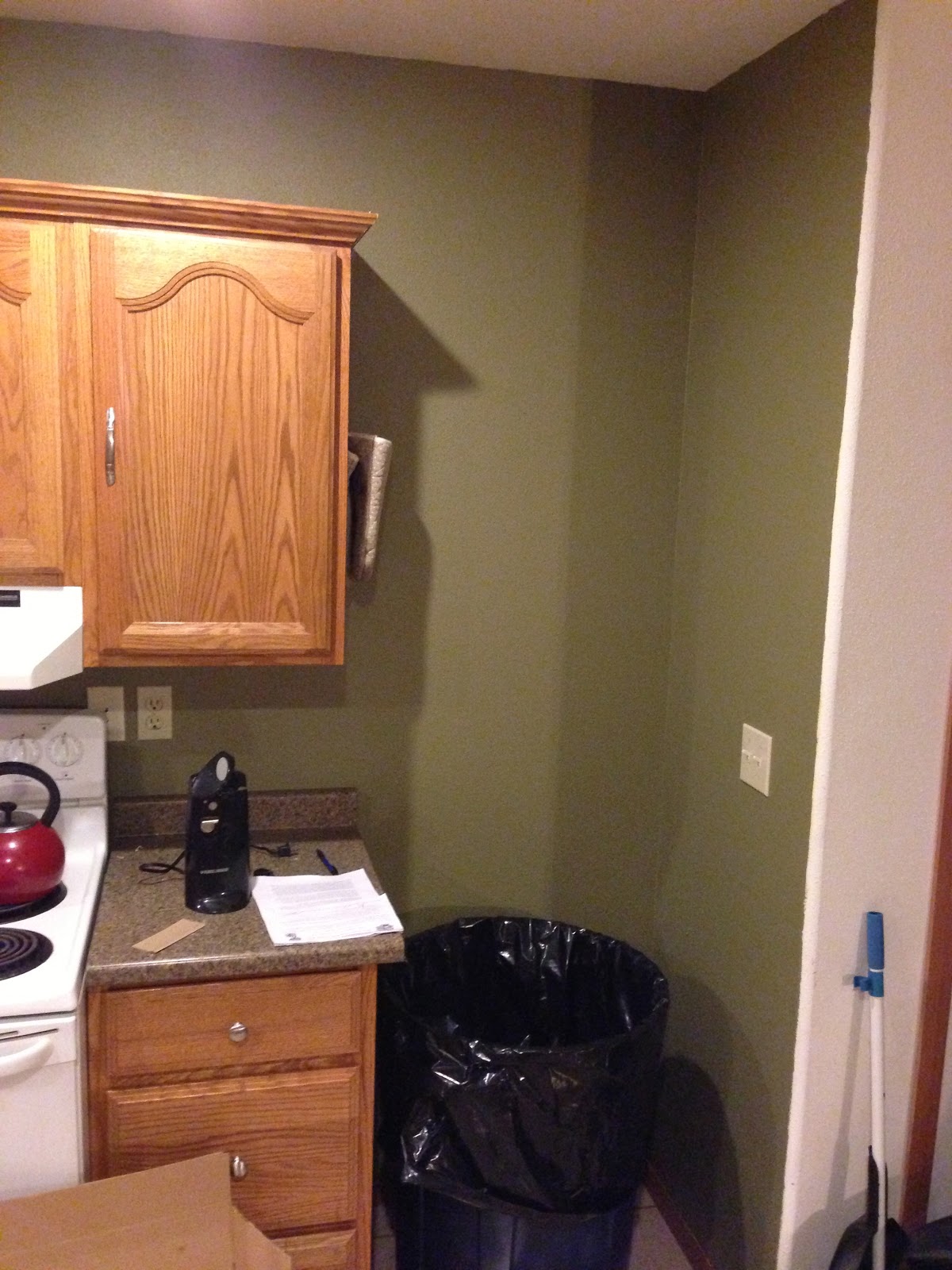 So, we devised a plan to utilize the space a little better.  It got the microwave off of the counter. 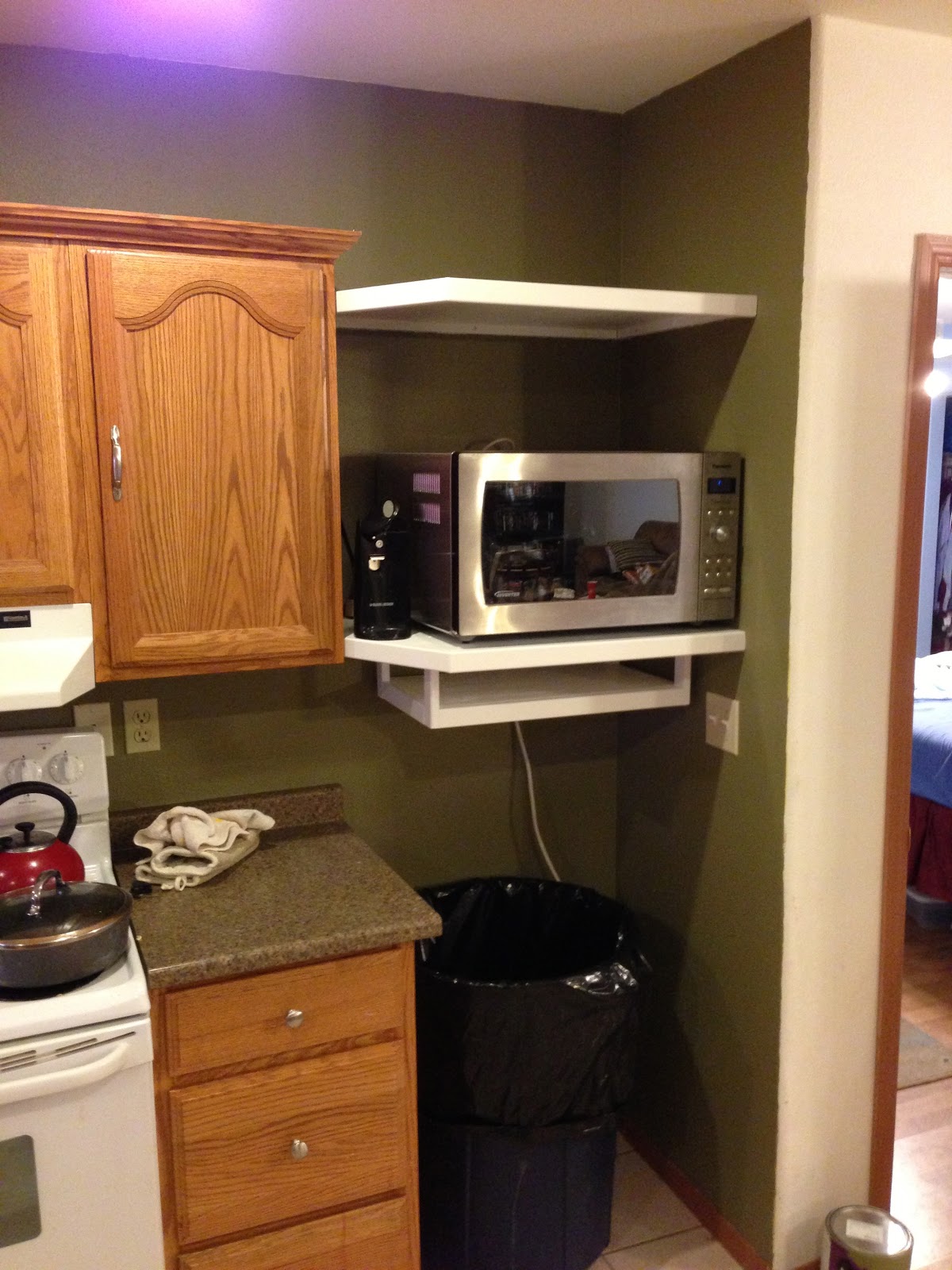 Next, there was some wasted space above the refrigerator as well.  So, we added a shelf. 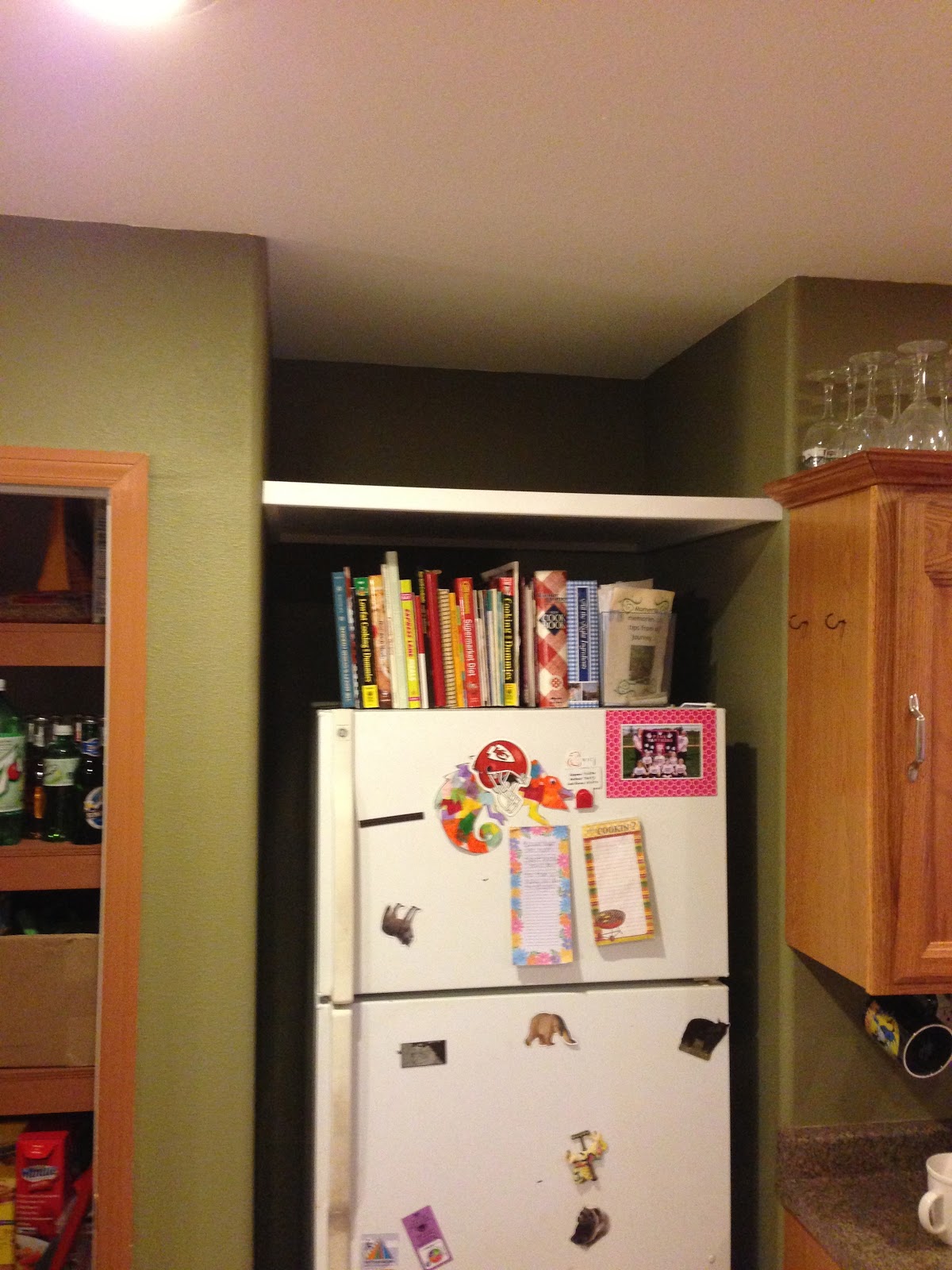 Cass also wanted to add some color to some of the other rooms.  She wanted a dark blue behind the the television. 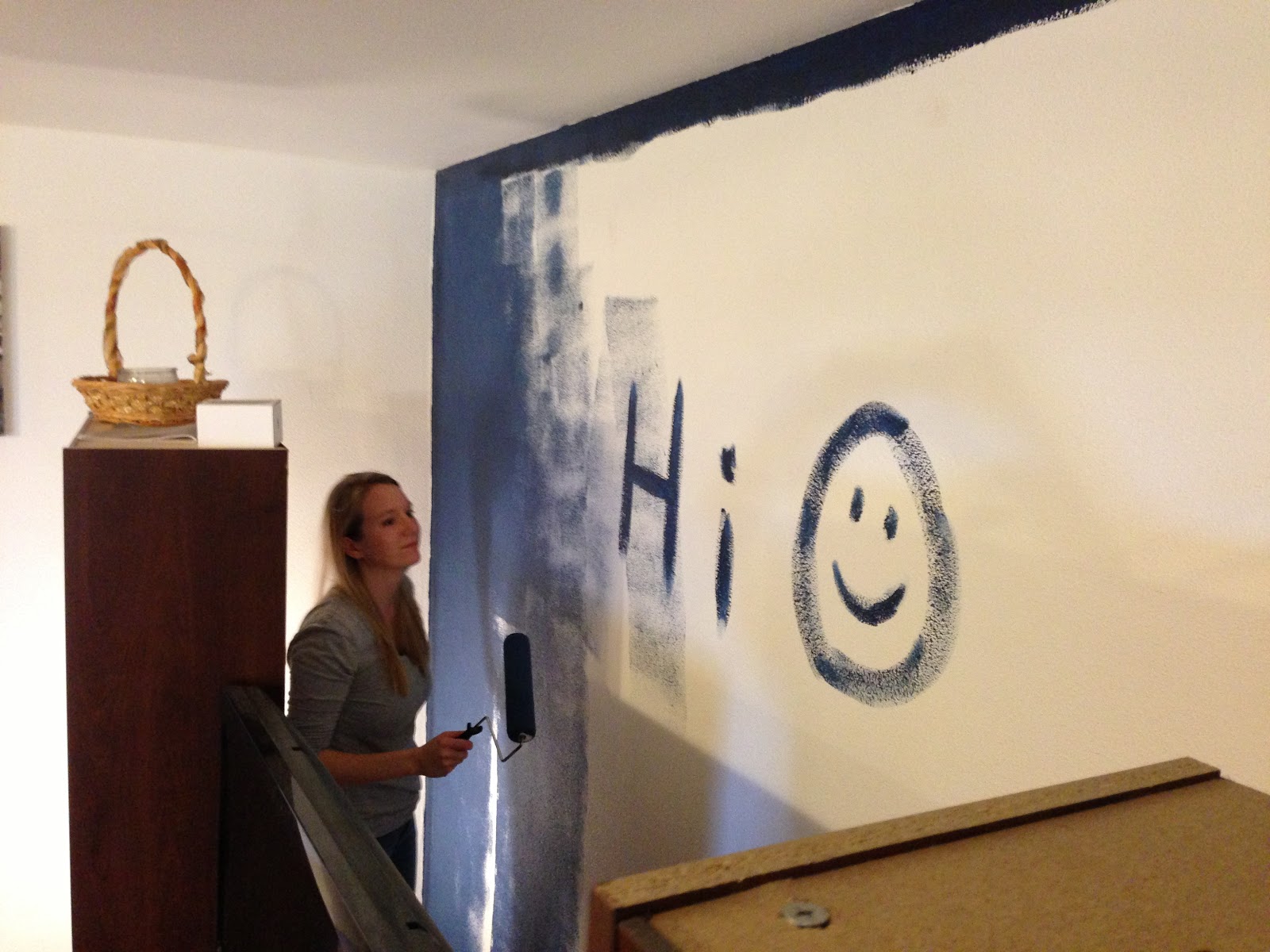 She wanted a bluish gray for the adjacent wall.  The kids and I worked on it (I think it took more time to prep the drop cloths than it took to actually paint the wall). 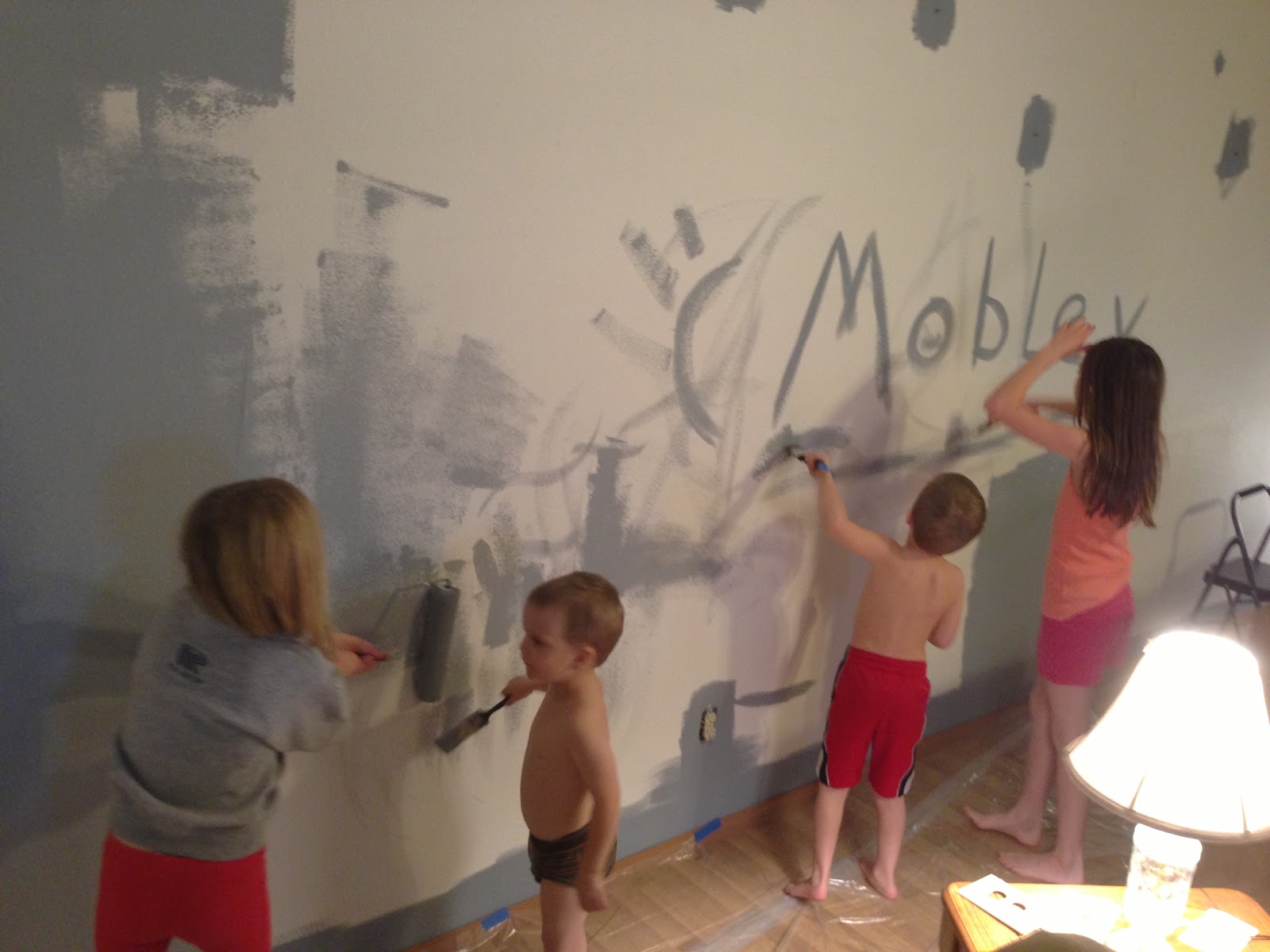 This is the best picture of the living room at the moment.  That is the OU and WV game on the television. 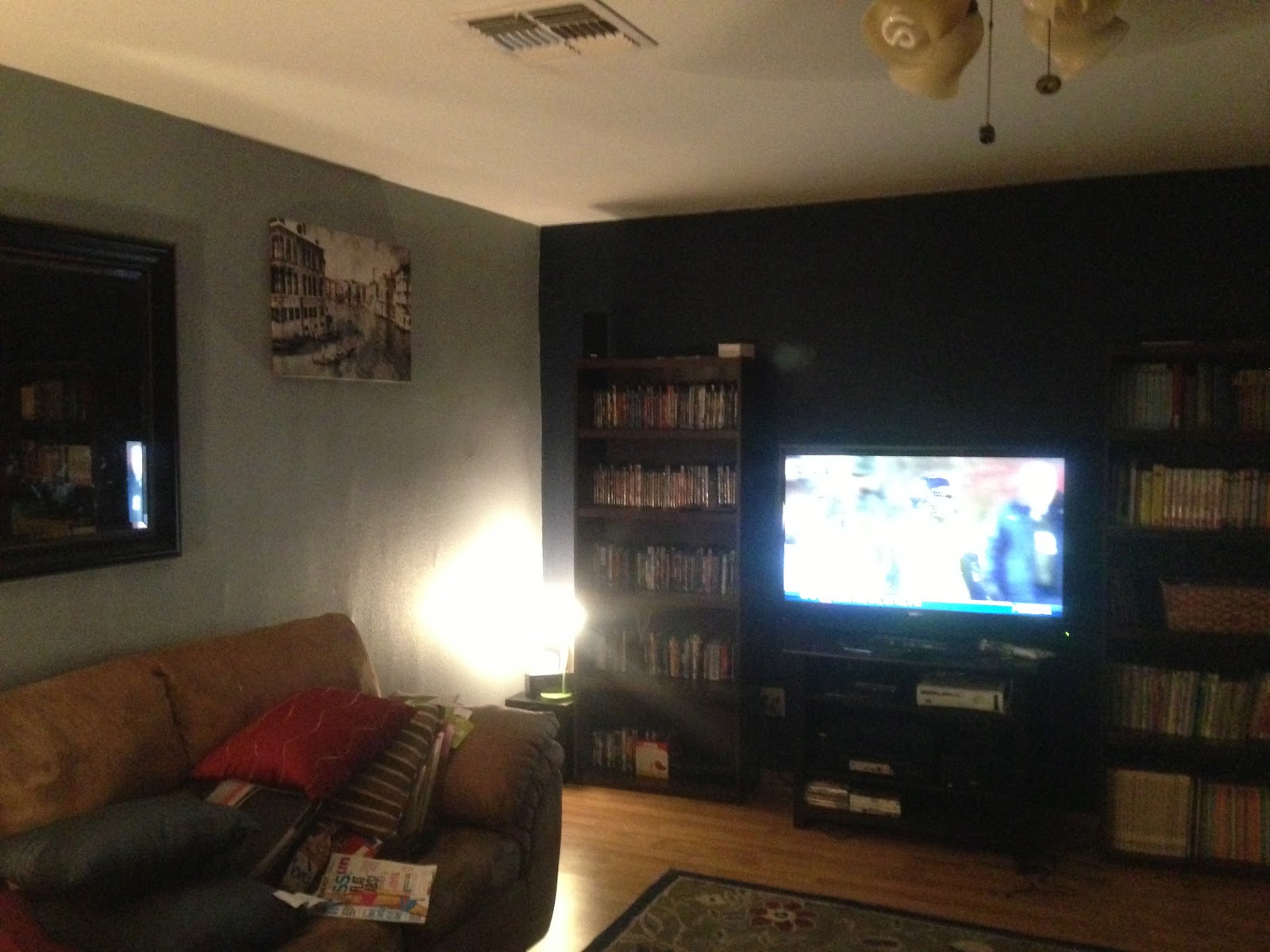