Cass decided that she wanted an Aquarium for her birthday. So, I figured out a way to squeeze the aquarium, stand, and myself in the Camaro. Now, I hope we can keep some fish alive. 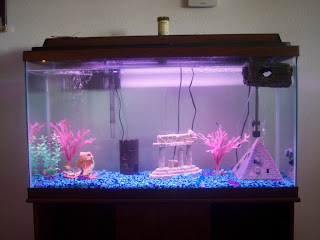 I think Lexi could tell that we were sad today. So, she decided that she'd tell us a joke. The video is of Lexi telling Madi the joke.

We were shocked by some terrible information yesterday. At Cass's normal biweekly appointment with the OB, the doctor was unable to find a heartbeat. He asked that we return today in order to recheck the baby. Unfortunately, there was no heartbeat or movement from the baby and the baby's development seems to have been halted 1 1/2 to 2 weeks ago. The doctor scheduled a D&C for 6:00 tomorrow morning. Thank you for those that have provided their condolences, but I am not sure that Cass is ready to talk to anyone about it yet.
Posted by PartyFit901 at 3:14 AM No comments:

Cass decided to get her hair cut this morning. She had more than 10 inches of har cut off, so she is going to donate the hair to Locks of Love. 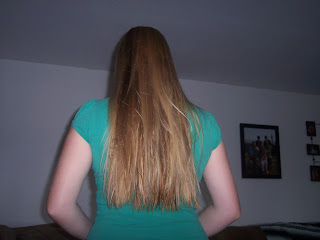 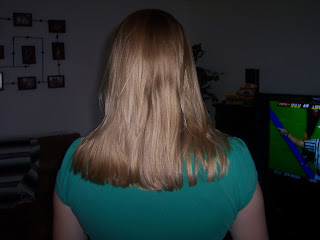 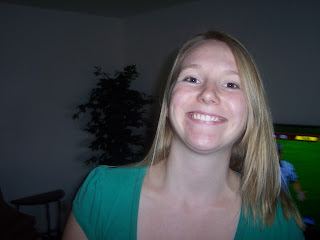 After driving the Lincoln for two days with the new power steering which worked wonderfully, I was driving home at about 60mph when it downshifted into first gear. After that, it would not shift into any any higher gears. The transmission shop stated that it wasn't very common for these models of transmissions to fail, but the description of the event that he received was exactly what these transmissions do when they fail. He said that it would only be $2,800 to rebuild it. Luckily, we still have the transmission that was originally in the 92. For now, we are going the replace the cracked windshield in the Camaro until we get around to fixing the Lincoln. I'm going to miss the leather seats and air conditioning the most.
Posted by PartyFit901 at 2:58 PM No comments:

Madi and Lexi have found a new game that they like to play, Connect Four. Madi and Lexi play while Andrew tries to destroy thier game. 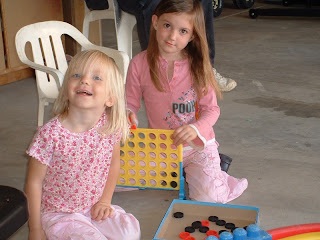 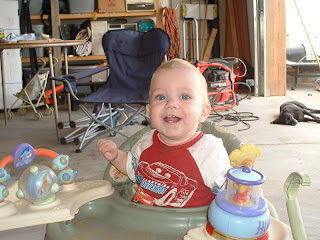 In order to preface the following, it is probably necessary to inform everyone that Cass and I are expecting again. While Cass was pregnant with Lexi, Cass was seeing a specialist for the difficulties that she has had during pregnancies. Near the end of the pregnancy, the doctor diagnosed Cass with Prothrombosis.

If you make an attempt to look up Prothrombosis, I wish you luck finding intelligable information. It is there, but you'd likely have to dig. For example, Prothrombosis is not listed in WebMD. To make it even more difficult, she's inflicted with an even more obscure subset that is defined as Prothrombosis Factor II.

Prothrombosis is a blood clotting disorder that is most commonly seen in people that have suffered significant trauma at sometime in their lives. Therefore, she could have been inflicted with the disorder after receiving burns as a result of a house fire when she was a child. There is also smaller chance that it is a genetic form of the disorder.

Regardless of the cause, the disorder does not seem to have an effect at any time other than during a pregnancy. There is a specific reason for this, the fragile filter that a baby uses to gather nutrition and oxygen from a mothers blood, the placenta, can easily become clogged with very small clots. This is probably the reason that Madi was actually losing weight during the end of that pregnancy and for Lexi being delivered a month early amid concerns of her becoming starved of oxygen or nutrition. During both of the pregnancies with the girls, there were minor placental abruptions where the placenta separates from the uterine wall.

During the pregnancy with Andrew, Cass began taking Lovenox, a blood thinner, very early in the pregnancy. Through the pregnancy, we took only two pre-term trips to the hospital. That may sound like a lot, but the girls each required several more than that. Although they wanted to deliver Drew early as well, it was merely precautionary due to the history of placental abruptions. From Cass's own words, the pregnancy with Drew was "much easier".

The pregnancy is now only a couple of weeks from completing the first trimester, she is starting the Lovenox later than with Drew, but the doctors have been pleased with the progress of the pregnancy to this point. Last night, I gave Cass her first injection of Lovenox for this pregnancy. I will be giving her an injection every night until about a week before the delivery.
Posted by PartyFit901 at 11:01 PM No comments: